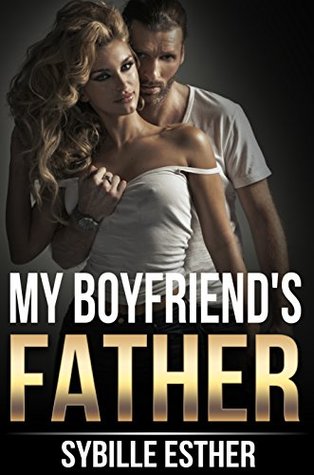 Warning: This book contains explicit descriptions of an older, alpha male having sex with a much younger, submissive female. The content is strictly for adults only!

Emily is sexually frustrated, unemployed and living in a house with her boyfriend and his smoldering father, Charles. When Emily encounters Charles alone in the kitchen one morning, he begins to dominate her in ways she hadn’t ever expected.

Torn between her boyfriend Will, who’s sleeping in the bedroom, and his older, alpha father, Emily finds herself at a crossroads between desire and devotion.

This 3,000 word story is a hot new erotica from Sybille Esther.

This morning he’s engrossed in the business section of the paper, his mouth a stiff line of concentration. I stop at the doorway, watching. He’s especially well dressed for some reason. Maybe he has a meeting, a client to see. All I know is his hair is combed into sweeping lines, his jaw shaved to the skin. They look alike, Will and his father, despite the twenty year gap. Tall, full head of brown hair, blue-green eyes, little dimples at either side of a smile. His dad tells me to call him Charles, in a stuffy, conservative sort of way. And that’s how he runs the house: not a thing out of place, a maid in every week to dust and scrub. He’s always so severe, which is why Will has to work a stocking job, to make his own way.

Charles is kind of an ass. But those eyes.

When I walk in, he ruffles the paper aside to look. “Good morning, Emily,” he says, his hard gaze appraising me from toe to my braless chest. I stop, standing awkward and uncertain by the counter, one foot rubbing the other, my nightgown shifting in the AC. He never talks to me in the morning. I don’t know what to say.

“What are you waiting around for? Get your cereal,” he says, a little sharp. He’s never talked to me like this before, in imperatives. I’m too surprised to be indignant, though I feel it inside. But I’m already on my way to the refrigerator, my body’s response to the deep command in his voice.

“Now get your bowl,” he says, fingertips drumming the table.

So I reach up to the high shelf, my nightgown lifting until it barely covers my ass. When I’ve set the bowl down on the counter, I wait, not turning to look. It’s a dare, a little defiance.

From the breakfast nook, his paper crinkles as he lowers it. “Emily,” he says. “You know what’s next.”

A White Room of Peace: A blind boy's struggle with abuse and finding his purpose

The Motivation Breakthrough: 6 Secrets to Turning on the Tuned-Out Child The Patrian Transgression The Art of Freedom: A Brief History of the Kurdish Liberation Struggle Safety in the Friendzone The Law of Kindness: Serving with Heart and Hands Blown to Bits: Your Life, Liberty, and Happiness After the Digital Explosion En morgon vid havet : inandning, utandning Vampire State Building Interlude at Cottonwood Springs Priceless: Straight-Shooting, No-Frills Financial Wisdom