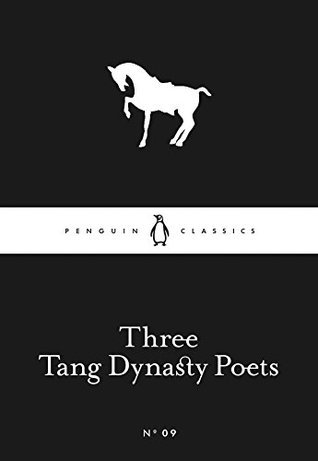 'Can I bear to leave these blue hills?'

Introducing Little Black Classics: 80 books for Penguin's 80th birthday. Little Black Classics celebrate the huge range and diversity of Penguin Classics, with books from around the world and across many centuries. They take us from a balloon ride over Victorian London to a garden of blossom in Japan, from Tierra del Fuego to 16th century California and the Russian steppe. Here are stories lyrical and savage; poems epic and intimate; essays satirical and inspirational; and ideas that have shaped the lives of millions.

Li Po and Tu Fu is available in Penguin Classics.

Alone on the Beach at Night

Aphorisms on Love and Hate

The nightingales are drunk

Caligula (The Lives of the Twelve Caesars, #4)

A Cup of Sake Beneath the Cherry Trees

The Eve of St. Agnes

Wang Wei (simplified Chinese: 王维; traditional Chinese: 王維; pinyin: Wáng Wéi; 699–759) and also known by other names such as Wang Youcheng, was a Tang dynasty Chinese poet, musician, painter, and statesman. He was one of the most famous men of arts and letters of his time. Many of his poems are preserved, and twenty-nine were included in the highly influential 18th century anthology Three Hundred T