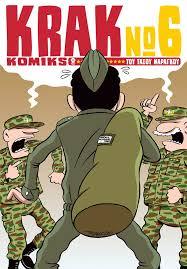 H. P. Lovecraft: He Who Wrote in the Darkness: A Graphic Novel

The Motivation Breakthrough: 6 Secrets to Turning on the Tuned-Out Child Who Will Be My Valentine This Year? The Patrian Transgression The Green Archer Krak Komiks #6 The Art of Freedom: A Brief History of the Kurdish Liberation Struggle Safety in the Friendzone Diabolic The Law of Kindness: Serving with Heart and Hands Blown to Bits: Your Life, Liberty, and Happiness After the Digital Explosion

Tasos Maragkos (Tasmar) was born in Syros island of Greece in 1977. His avocation with the cartooning starts in 1998 when he goes to the city of Thessaloniki to study graphic design.In 2004 he publishes the fanzine bigBANG which was awarded as the best Greek fanzine in Comicdom Awards for the years 2005 and 2006. After 2007 bigBANG is getting released by Enati Diastasi publicatio