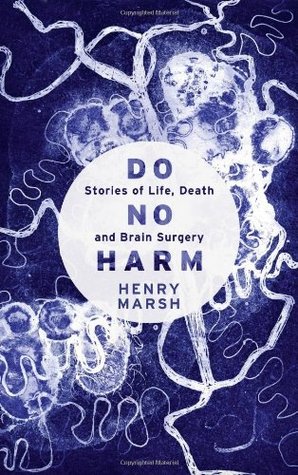 Do No Harm: Stories of Life, Death and Brain Surgery

What is it like to be a brain surgeon? How does it feel to hold someone's life in your hands, to cut into the stuff that creates thought, feeling, and reason? How do you live with the consequences of performing a potentially lifesaving operation when it all goes wrong?

In neurosurgery, more than in any other branch of medicine, the doctor's oath to "do no harm" holds a bitter irony. Operations on the brain carry grave risks. Every day, leading neurosurgeon Henry Marsh must make agonizing decisions, often in the face of great urgency and uncertainty.

If you believe that brain surgery is a precise and exquisite craft, practiced by calm and detached doctors, this gripping, brutally honest account will make you think again. With astonishing compassion and candor, Marsh reveals the fierce joy of operating, the profoundly moving triumphs, the harrowing disasters, the haunting regrets, and the moments of black humor that characterize a brain surgeon's life.

Do No Harm provides unforgettable insight into the countless human dramas that take place in a busy modern hospital. Above all, it is a lesson in the need for hope when faced with life's most difficult decisions.

Readers Also Enjoyed Do No Harm: Stories of Life, Death and Brain Surgery

Complications: A Surgeon's Notes on an Imperfect Science

This is Going to Hurt: Secret Diaries of a Junior Doctor

Being Mortal: Medicine and What Matters in the End

Under the Knife: A History of Surgery in 28 Remarkable Operations

Critical: Science and stories from the brink of human life

Do No Harm by Henry Marsh | Summary & Analysis

Unnatural Causes: The Life and Many Deaths of Britain's Top Forensic Pathologist

Do No Harm: Stories of Life, Death and Brain Surgery Reviews

The City Dragon's Mate Mark Manson on Self-Knowledge My Friends And I Were Granted Three Wishes By A Cat Goddess And I Swear I Got Distracted When My Turn Came Around (Cat Wishes) Unexpected The Mortal Messiah: From Bethlehem to Calvary, Book 4 دنانير لبلبة Citizen Soldiers: The US Army from the Normandy Beaches to the Bulge to the Surrender of Germany Dragon Elite Te regalo mi corazón Cold Blooded Lover

Henry Marsh read Politics, Philosophy and Economics at Oxford University before studying medicine at the Royal Free Hospital in London. He became a Fellow of the Royal College of Surgeons in 1984 and was appointed Consultant Neurosurgeon at Atkinson Morley's/St George's Hospital in London in 1987, where he still works full time.