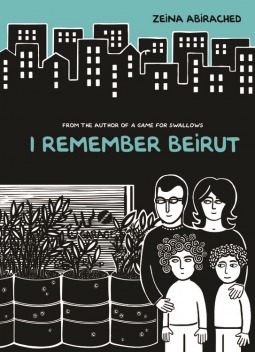 Zeina Abirached, author of the award-winning graphic novel A Game for Swallows, returns with a powerful collection of wartime memories.

Abirached was born in Lebanon in 1981. She grew up in Beirut as fighting between Christians and Muslims divided the city streets. Follow her past cars riddled with bullet holes, into taxi cabs that travel where buses refuse to go, and on outings to collect shrapnel from the sidewalk.

With striking black-and-white artwork, Abirached recalls the details of ordinary life inside a war zone.

The Invisible War: A Tale on Two Scales

Dare to Disappoint: Growing Up in Turkey

Zeina Abirached was born in Beirut, Lebanon. She studied graphic arts in Beirut and later in Paris, France. She has published 3 graphic novels: 'Beyrouth-Catharsis' '38, Rue Youssef Semaani' and 'Mourir, Partir, Revenir - Le Jeu des Hirondelles'. These were originally published in French, and have been translated into Dutch, Italian, and Spanish. Her mainly autobiographical works, illustrated in b