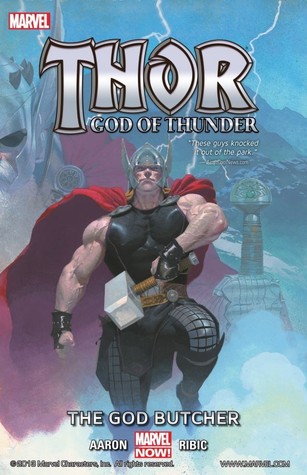 Throughout the ages, gods have been vanishing, their mortal worshippers left in chaos. NOW!, Thor follows a trail of blood that threatens to consume his past, present and future. The only hope for these ravaged worlds is for Thor to unravel the gruesome mystery of the God Butcher! In the distant past, Thor follows the bloody wake of murdered gods across the depths of space. In the present, the Thunder God discovers a forgotten cave that echoes with teh cries of tortured gods...and is shocked to find himself among them! And thousands of years from now, the last god-king of a ruined Asgard makes his final stand against the God Butcher's beserker legions. As three Thors from three eras race to stop the God Butcher, the full extent of his vicious scheme takes terrifying shape!

Moon Knight, Vol. 1: From the Dead

Venom: War of the Realms

A Phule and His Money COCKAPOO Expert Dog Training: "Think Like a Dog" Here's Exactly How to Train Your Cockapoo The Sky is Blue with a Single Cloud Perda Total প্রবাদের উৎসসন্ধান Fields' Guide to Dirty Money أنتيخريستوس Fraternity: Stories The Failed Audition The Angel of Vengeance (Glimpse into Hell, #1)

Jason Aaron grew up in a small town in Alabama. His cousin, Gustav Hasford, who wrote the semi-autobiographical novel The Short-Timers, on which the feature film Full Metal Jacket was based, was a large influence on Aaron. Aaron decided he wanted to write comics as a child, and though his father was skeptical when Aaron informed him of this aspiration, his mother took Aaron to drug stores, where h