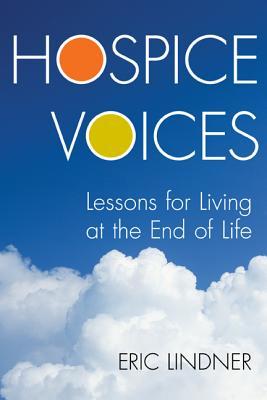 Hospice Voices: Lessons for Living at the End of Life

As a part-time hospice volunteer, Eric Lindner provides companion care to dying strangers. They're chatterboxes and recluses, religious and irreligious, battered by cancer, congestive heart failure, Alzheimer's, old age. Some cling to life amazingly. Most pass as they expected. In telling his story, Lindner reveals the thoughts, fears, and lessons of those living the ends of their lives in the care of others, having exhausted their medical options or ceased treatment for their illnesses. In each chapter, Lindner not only reveals the lessons of lives explored in their final days, but zeroes in on how working for hospice can be incredibly fulfilling. As he's not a doctor, nurse, or professional social worker, just a volunteer lending a hand, offering a respite for other care providers, his charges often reveal more, and in more detail, to him than they do to those with whom they spend the majority of their time. They impart what they feel are life lessons as they reflect on their own lives and the prospect of their last days. Lindner captures it all in his lively storytelling. Anyone who knows or loves someone working through end of life issues, living in hospice or other end of life facilities, or dealing with terminal or chronic illnesses, will find in these pages the wisdom of those who are working through their own end of life issues, tackling life's big questions, and boiling them down into lessons for anyone as they age or face illness. And those who may feel compelled to volunteer to serve as companions will find motivation, inspiration, and encouragement. Rather than sink under the weight of depression, pity, or sorrow, Lindner celebrates the lives of those who choose to live even as they die.

Readers Also Enjoyed Hospice Voices: Lessons for Living at the End of Life

When Evening Comes: The Education of a Hospice Volunteer

The Poltergeist Prince of London: The Remarkable True Story of the Battersea Poltergeist

Heaven and the Afterlife: Is Heaven Real? True Life Stories From Those Who Died And Lived to Tell the Tale (Books About Heaven Book 1)

Hold On Edna!: The heart-warming true story of the first baby born on the NHS

Hospice Voices: Lessons for Living at the End of Life Reviews

In 2009 Eric Lindner became a hospice volunteer, helping patients cope with the reality of dying. His book Hospice Voices: Lessons for Living at the End of Life was critically acclaimed by leading doctors and caregivers, NPR, BBC, Washington Independent Review of Books, Publishers Weekly, and Booklist’s Rebecca Vnuk, who named it one of 2013’s ve best memoirs. Since 2015 the attorney, businessman,