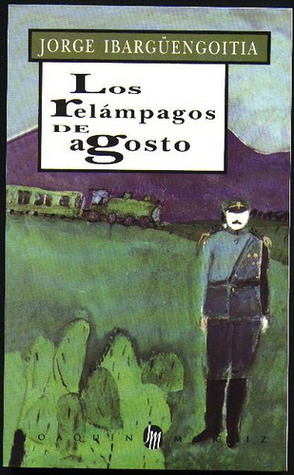 Major General Lupe Arroyo prided himself on being a man of integrity. Not above stealing or killing or extortion or betrayal. But truthful about it, because all he did was for the glory of the revolution (or, when necessary, to save his own neck).

The year is 1928; the country is Mexico; and the revolution about to take place becomes, in the general's account, an uproarious farce of allegiances changing places as fast as musical chairs, of battles won by bumbling, of power grabbed at any cost. Bust as his tale begins to reflect an unmistakable reality, our laughter at Jorge Ibargüengoitia's masterful mock epic suddenly catches in the throat--for this is political truth that penetrates our heart with the sureness of a stiletto.

The Labyrinth of Solitude and Other Writings

Jorge IbargÃžengoitia AntillÃģn was a Mexican novelist and playwright who achieved great popular success with his satires, three of which have appeared in English: Las Muertas (The Dead Girls), Dos Crimenes (Two Crimes), and Los RelÃĄmpagos de Agosto (The Lightning of August). His plays include Susana y los JÃģvenes and Ante varias esfinges, both dating from the 1950s. In 1955, Ibarguengoitia received