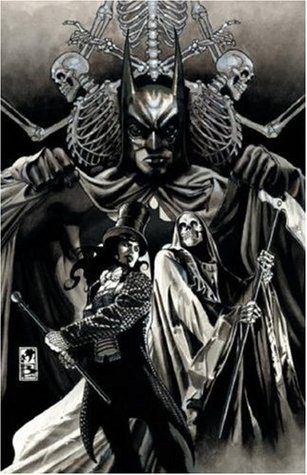 Batman: Death and the City

In this collection of stories from DETECTIVE COMICS #827-834, Batman lives up to his reputation as the World's Greatest Detective as he takes on such evildoers as the Ventriloquist, Scarface, Vox, Harley Quinn, the Terrible Trio and more!

Batman: The Man Who Laughs

Batman: Death and the City Reviews

Paul Dini is an American television producer of animated cartoons. He is best known as a producer and writer for several Warner Bros./DC Comics series, including Star Wars: Ewoks, Tiny Toon Adventures, Batman: The Animated Series, Superman: The Animated Series, The New Batman/Superman Adventures, Batman Beyond and Duck Dodgers. He also developed and scripted Krypto the Superdog and contributed scr