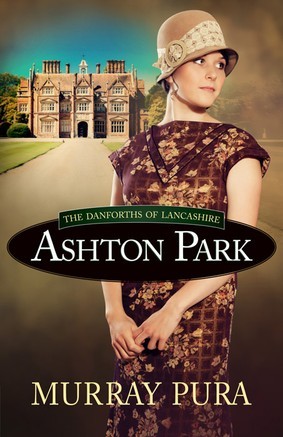 For fans of the hugely popular Downton Abbey series, comes this equally enthralling story of the Danforth family of Ashton Park.

Among the green hills and trees of Lancashire, only a few miles from the sea, lies the beautiful and ancient estate of Ashton Park.

The year is 1916. The First World War has engulfed Europe and Sir William’s and Lady Elizabeth’s three sons are all in uniform—and their four daughters are involved in various pursuits of the heart and soul.

As the head of a strong Church of England family for generations, Sir William insists the Danforth estate hold morning devotions that include both family and staff. However, he is also an MP and away at Westminster in London whenever Parliament is sitting. During his long absences, Lady Elizabeth discreetly spends time in the company of the head cook of the manor, Mrs. Longstaff, who is her best friend and confidante. This friendship includes visits to a small Baptist church in Liverpool that exposes Lady Elizabeth to a less formal approach to Christian worship and preaching than she is used to and which she comes to enjoy.

Readers will follow Ashton Park’s charming upstairs/downstairs characters through the perils of war and the affairs of the heart with relish—and with an eye to the sequel coming in Fall 2013.

Book One in The Danforths of Lancashire series

Wherever You Go (Brookstone Brides, #2)

A Reluctant Bride (The Bride Ships, #1)

Out of the Embers (Mesquite Springs, #1)

Murray Pura was born and raised in Winnipeg, Manitoba, Canada, just north of the Dakotas and Minnesota. His first novel was released in Toronto and was a finalist for the Dartmouth Book Award. He has been a finalist for several awards in the US and Canada and in 2012 won the Word Award of Toronto for Best Historical Novel. Murray lives and writes in Alberta and is currently published by Barbour, B