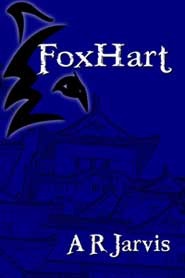 Tucked safely away from the world on their peninsula, the three 'Veld kingdoms--Estveld, Ostveld, and Norveld--have little to do with the rest of the world, instead focusing their efforts on fighting amongst themselves. But the world hasn't forgotten about them, and the Cheil Empire has turned its armies their way.

The three 'Velds ally together, but even their combined might is not enough to prevent their eventual defeat. The kings are forced to surrender, but the terms for Estveld and Ostveld appear suspiciously lenient; each kingdom maintains its independence, so long as the royal bloodline continues unbroken. The only catch seems to be that the Cheil Emperor is allowed to choose each generation's bride.

Prince Cavan of Ostveld is unhappy with the terms because he fears he won't be allowed to marry the princess to whom he was betrothed. Prince Gair of Estveld is disgruntled because he never intended to marry at all. But the surrender is already signed, and the princes are left with no choice but to travel to the capital of the Cheil Empire where they will learn who--or what--the Emperor has in store for them.

The Assassin's Dragon (Fire and Valor #3)

Sons of the Countryside

Parisina Love Everyone: The Transcendent Wisdom of Neem Karoli Baba Told Through the Stories of the Westerners Whose Lives He Transformed The Torn Fairy Mahabharatham (Malayalam) The Viceroy's Daughters: The Lives of the Curzon Sisters U.S. Marshal Jubal Stone Territory: Forbidden Love On The Texas Frontier: A Western Romance (U.S. Marshal Jubal Stone Territory Tales Book 1) Clanless Great Soul: Mahatma Gandhi and His Struggle With India Deceived Wisdom: Why What You Thought Was Right Is Wrong The Pretty Sister Of Jose

A.R. Jarvis was born in Madison, WI, where she then grew up. Despite several attempts to move away, she still lives there. Several of those attempts were to work at various Outdoor Education schools, which is about as crazy as it sounds. She also owns a pet rabbit, who is a spoiled princess and likes to chew on Important Electrical Cables. The rabbit is currently A.R. Jarvis' photo, since she can'