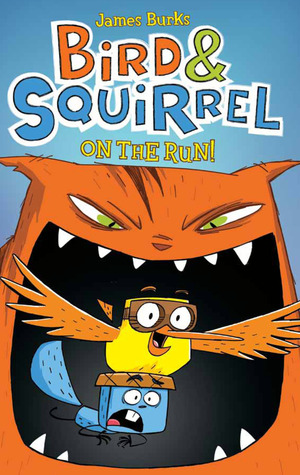 Bird & Squirrel on the Run

Bird and Squirrel outwit Cat and become best friends in this zany adventure.

Squirrel is afraid of his own shadow. Bird doesn't have a care in the world. And Cat wants to eat Bird and Squirrel. Of course, he'll have to catch them first, and that's not going to be easy.

Join this trio as they head south for the winter in a hilarious road trip. But watch out! Cat is waiting around every bend, and he's one pesky feline.

The Dodgeball Chronicles (Knights of the Lunch Table, #1)

Bird & Squirrel on the Run Reviews

I've worked as an artist in the animation industry for companies like Disney, Warner Brothers, and Nickelodeon. Projects I've worked on include the Emperor's New Groove, Atlantis, Treasure Planet, Home on the Range, Space Jam, the Iron Giant and the television shows, Wow Wow Wubbzy, Ni-hao Kai-lan, the Dinosaur Train and most recently on Cartoon Network's PowerPuff Girls.