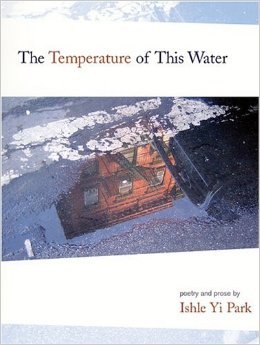 The Temperature of This Water

Poetry. Asian American Studies. In The THE TEMPERATURE OF THIS WATER, Ishle Yi Park samples the climates of New York and Korea to present an unflinching, meticulously detailed view of lives cracked open as much by love as they are by overwork, violence, and racism. Sharp street wit and a sensual attention to detail give vivid, palpable form to the lovers and criminals, mothers and gangbangers who live behind the closed doors of New York immigrant life. Within each poem lies a story; within each story lies a whole community waiting to be uncovered. Whether tracing the path of prisoners meeting girlfriends or Korean comfort women or .44s shot from rooftops in Brooklyn, Park's passion and uncompromising honesty lays bare the ruined heart of a city still pulsing with light.

Readers Also Enjoyed The Temperature of This Water

The House of Mirth

In Search of Our Mothers' Gardens: Womanist Prose

Angel & Hannah: A Novel in Verse

The Temperature of This Water Reviews

Ishle Yi Park’s writings have appeared in numerous publications, including New American Writing, Beacon Best Writers of All Colors 2001, and The Best American Poetry of 2003. She has performed in the United States, Cuba and Korea, and was a featured poet on HBO’s Def Poetry Jam. In April 2004, she was named Poet Laureate of Queens, N.Y.