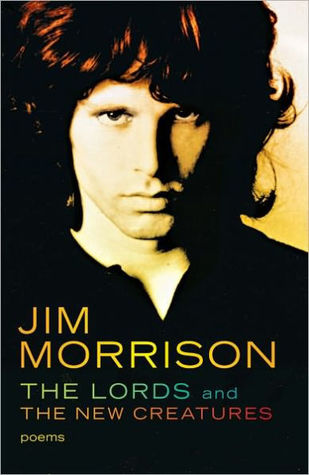 The Lords and the New Creatures

Originally self-published as two separate volumes in 1969 (The Lords/Notes on Vision, which Morrison described as "a thesis on film aesthetics," and The New Creatures, a surreal portrait of modern existence), the late singer's first published volume of poetry gives a revealing glimpse of an era and the man whose songs and savage performances have left an indelible impression on our culture. This collection, born out of the tumultuous social and political landscape of the late sixties, is as intense, sensual, and compelling as Jim Morrison's persona was during the Doors' peak. His fast life and mysterious death remain controversial more than forty years later.

Readers Also Enjoyed The Lords and the New Creatures

When Giants Walked the Earth: A Biography of Led Zeppelin

Room Full of Mirrors: A Biography of Jimi Hendrix

What Matters Most is How Well You Walk Through the Fire

Riders on the Storm: My Life with Jim Morrison and the Doors

Break on Through: The Life and Death of Jim Morrison

The Lords and the New Creatures Reviews

The Motivation Breakthrough: 6 Secrets to Turning on the Tuned-Out Child Who Will Be My Valentine This Year? The Patrian Transgression The Green Archer The Art of Freedom: A Brief History of the Kurdish Liberation Struggle Safety in the Friendzone Diabolic The Law of Kindness: Serving with Heart and Hands Blown to Bits: Your Life, Liberty, and Happiness After the Digital Explosion En morgon vid havet : inandning, utandning

James Douglas Morrison was an American singer, poet, songwriter, writer, and film director. He is best known as the lead singer and lyricist of The Doors, and is widely considered to be one of the most charismatic and influential frontmen in rock music. He was also the author of several books of poetry and the director of a documentary and short film.